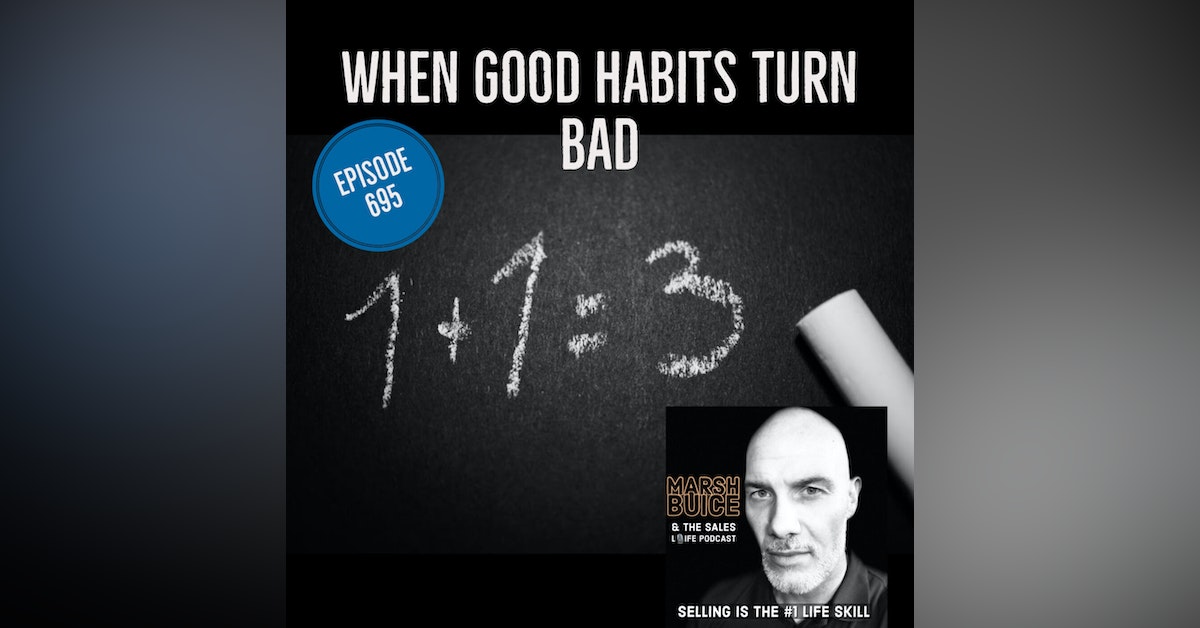 You know all about good habits, and you've felt the effects of bad habits, but rarely do you ever notice when a good habit turns bad until it's too late. That's because habits gradually build up or erode, and if left unchecked, you'll "all of the sudden" slip into complacency.

"Always become. Never arrive," because the arrivals can wreck everything you've worked for.

If your pants fit too tight, your bank account looks skinny, or your relationship has hit a lull, this is a good primer episode for you to get back in the game.

THANK YOU for being a part of The Sales Life.
Show your support by sharing the show with others. (Word of mouth. Text. Please share on your socials and tag me in it)

Show your ❤️ by thumbing a quick rating and a review.

Show your commitment by subscribing to The Sales Life Podcast and YouTube Channel.