TSL Moments: Your Hardships Are A Privilege. 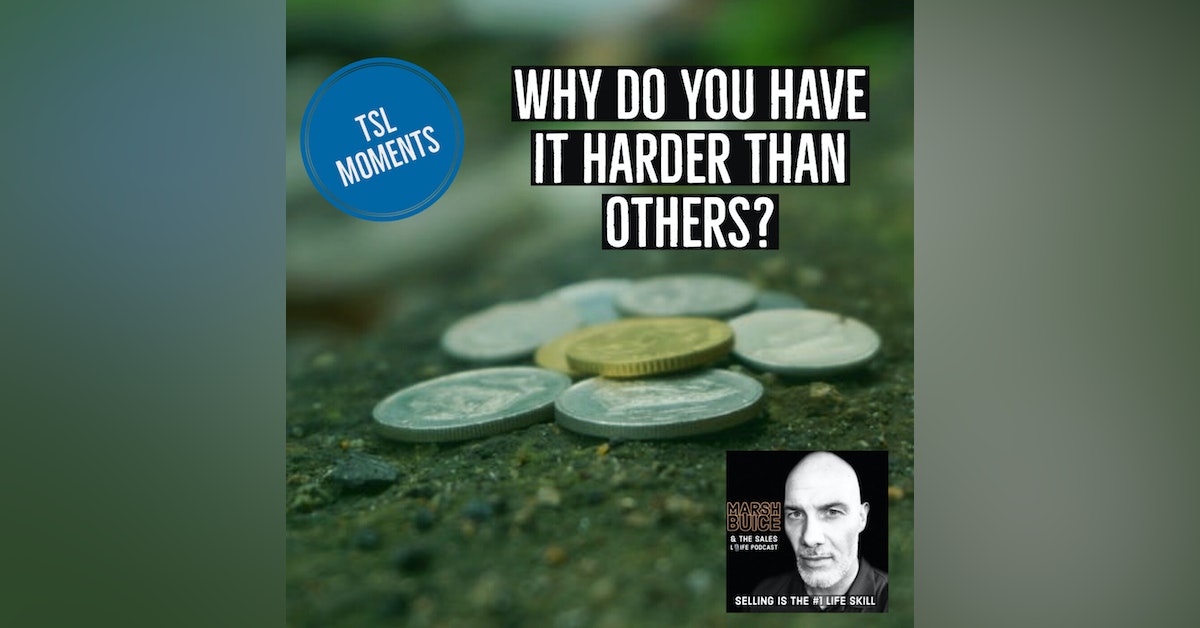 TSL Moments are my fondest memories from earlier episodes. This one was inspired when Andrew called me to tell me that he was starting his own business. We'd worked together many years ago, and he'd hit rock bottom and felt like leaving town was his only option. With no money or connections, he drove his beat-up car to Florida to start over. For years I didn't hear from him, and then one day, Andrew popped up on my Instagram feed. We exchanged "likes" on each other's posts, and then I got the call one day.

He even gave me a shirt with his new logo on it :)

I can relate to this episode because it speaks to my hardships only after this phone call caused me to put pen to paper and reflect on how what seems like a discount now pays off in dividends much later.

How can you relate to this episode? I'd love to hear from you at www.marshbuice.com. In the bottom right is a mic from you to me. I'm no hair, but I am all ears.

What moment from which episode speaks to you?

For more of The Sales Life go to www.marshbuice.com

Help grow the show by sharing with ONE person today!

Tell others why you listen to The Sales Life by leaving a quick review https://www.marshbuice.com/reviews/

Buy Me A Coffee! ☕️ https://www.buymeacoffee.com/thesaleslife