The Universal & Indestructible Skill of Sales. | David Perry author of Game Of Sales. 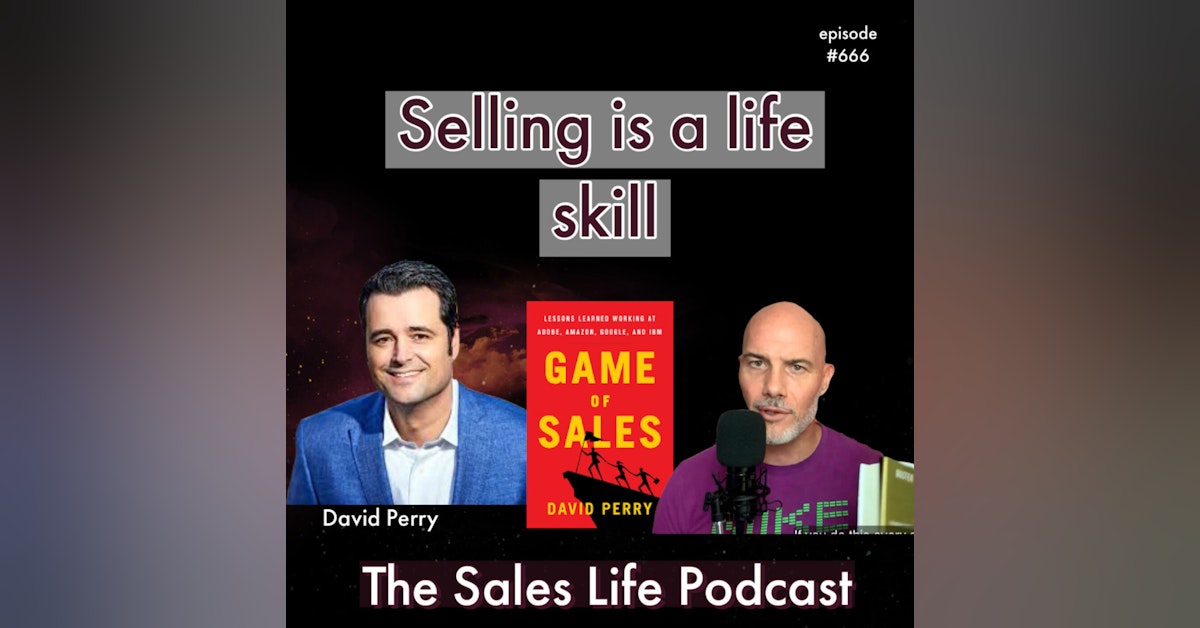 If you're thinking about getting into sales, in a sales funk, or want to develop the life skills of selling to have more, do more, and be more, this episode is for you.

Today is my privilege to bring to you David Perry, author of "Game of Sales. Lessons Learned Working At Adobe, Amazon, Google, And IBM."

In this episode, you'll learn:

*Why the sales profession is one of the least risky professions.
*How sales is one of the few professions where you're not trading time for money.
*How to prepare and push through the Dark Side of Sales.
*Why salespeople quit.
*How to develop "automatic persistence."

Even if you're not in the profession, you'll gain a ton of value to apply to every area of your life.

Say hi to David on LinkedIn & tell him what you liked most about today's episode.
Grab a copy of "Game of Sales" at Amazon.

Help SUPPORT & GROW the show by taking a second to leave a RATING & and minute to leave a REVIEW. Your words & their eyes could change everything for a new listener, all thanks to you.

Check out the new website www.marshbuice.com. One address to hundreds of episodes, videos, and blogs.

Remember, the greatest sale you will ever make is to sell you on you because you're more than enough. Never settle. Keep selling no matter what.