No's Are a Yes In Disguise | w/ Andrea Waltz author of "Go For No." 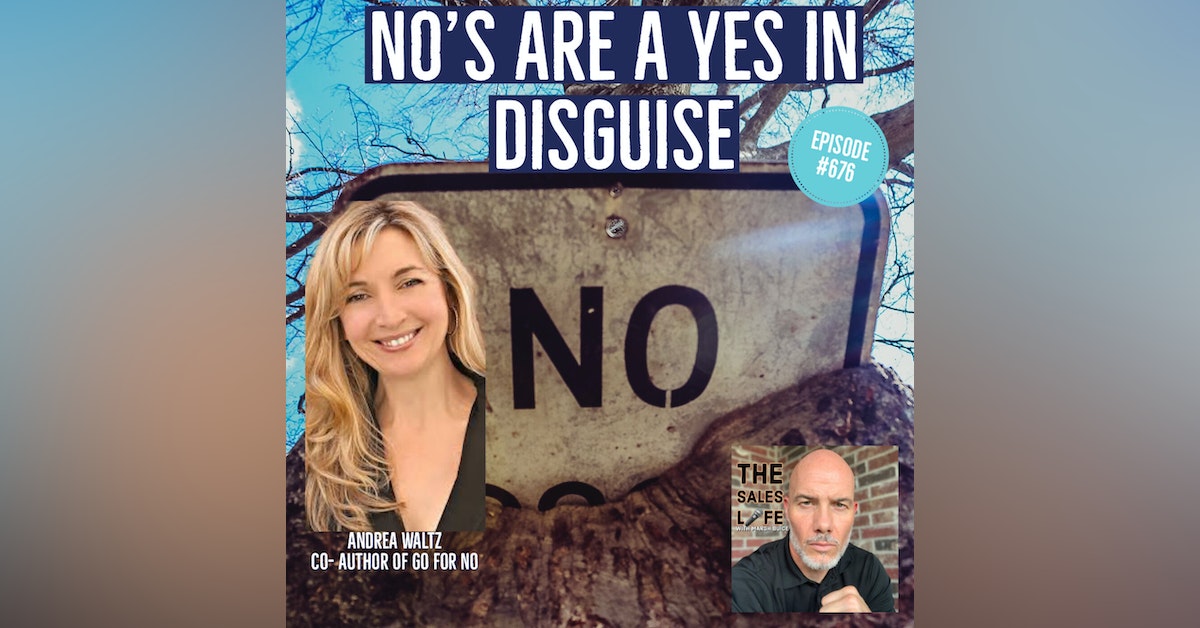 NO is the most powerful two-letter word in the world. Chances are, when you hear the word NO; you associate it with rejection, failure, loser, defeat, stupid, and not good enough. So it's no wonder you avoid hearing the word at all costs.

But going for YES is riskier than hearing the word NO because it causes you to become judgmental, selective, and only go for sure thing, and you rob yourself of rich opportunities.

What if you go for NO instead, writes my guest, Andrea Waltz, co-author of the book Go For No. She and her husband believe in the mission so much that they've devoted their lives to helping others transform their relationship with the word NO.

Today, you'll discover why YES may be the destination, but NO is how you get there.

Stick around to the end because I have two bonus questions and a challenge for you.

HUGE thanks to Andrea Waltz for making time to come on. Grab your life-saving copy of the book Go For No and connect with her on Twitter and LinkedIn @goforno.