"Criticism is the tax you pay on success." Change your relationship with success. Featuring NBA Champion Chris Bosh 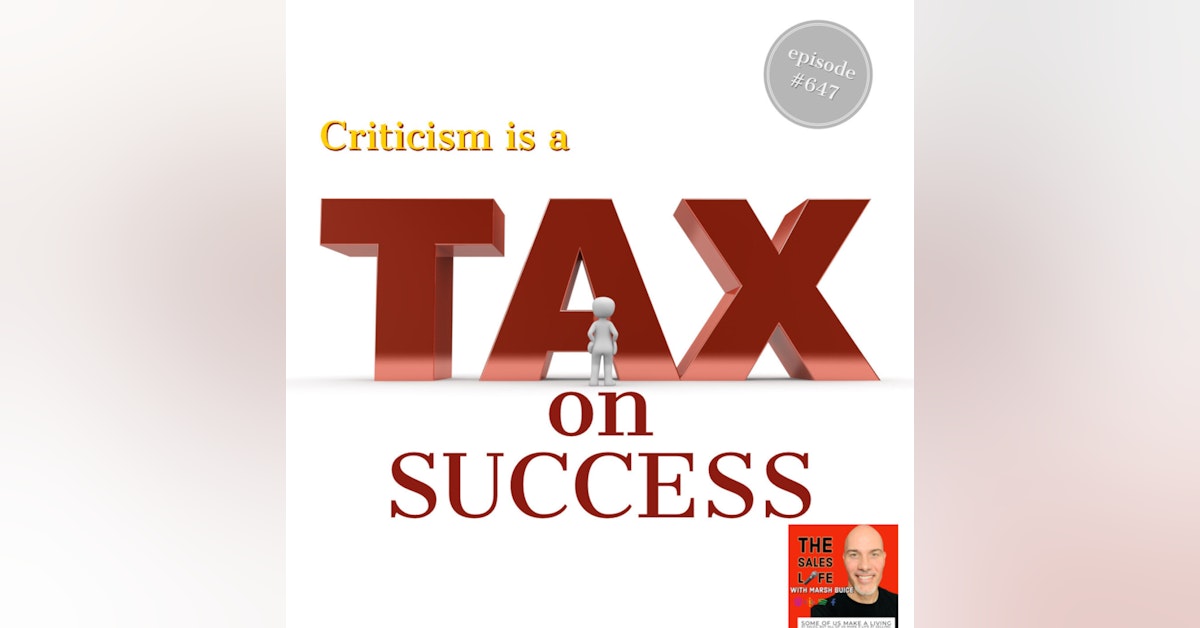 Chris Bosh is no stranger to criticism. Being a 2x  NBA champion, 11x All-star, and having your jersey permanently retired comes packed full of criticism.

So how does Bosh deal with criticism? He budgets for it. "Criticism is the tax you pay on success. The more success, the bigger the tax."

One of the 10 core skills needed to be successful in life is CRITICISM. So what better book than Bosh's new book, "Letters To a Young Athlete," to help you manage your relationship with criticism.

In today's episode, I'll show you why criticism is needed in your life and 3 ways to change your relationship with it to have more, do more and be more.

Thanks for pushing play. Help spread this message by SHARING this with someone who needs to hear this episode.

Also, show your support of The Sales Life by leaving a quick rating and review here.

It means a lot and helps grow the show.

Never settle. Keep selling your way through life no matter what. Stay in The Sales Life.