717. "Always have something on your calendar to train for and look forward to." Manage stress, avoid stagnation, and beat burnout. w/ Alan Stein Jr. 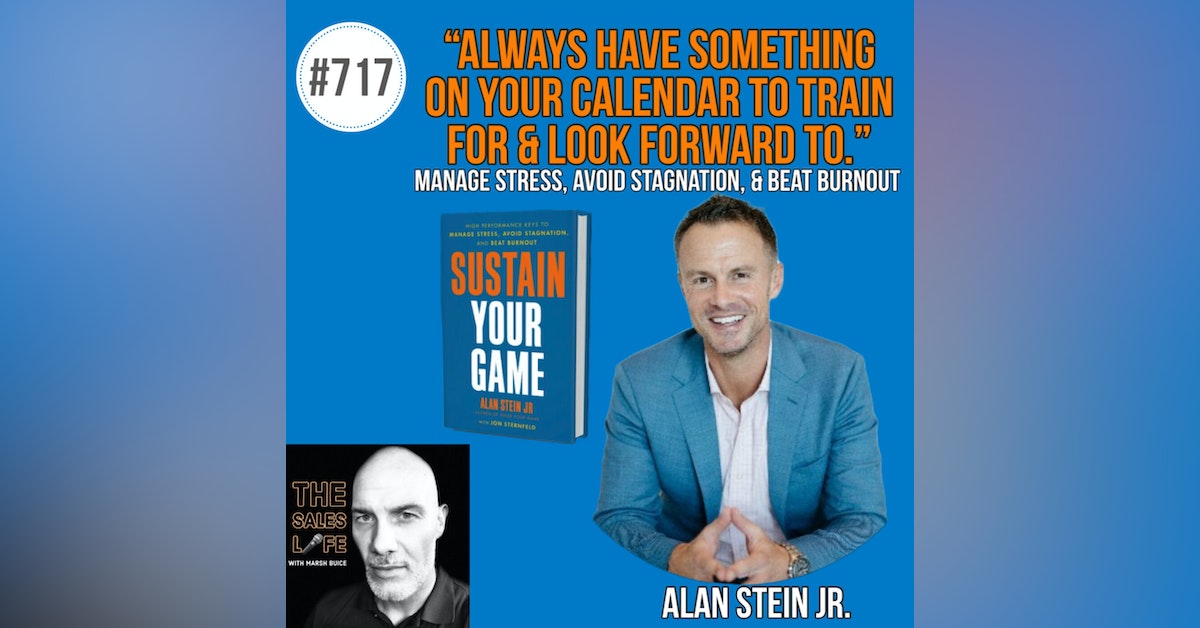 Stress, stagnation, and burnout are something that we all deal with. Luckily, we have speaker and author Alan Stein Jr. to help us manage, avoid, and beat all three. Today it is my privilege to bring Alan to The Sales Life to share his excellent book, "Sustain Your Game."

In today's episode, you will learn:

This is just the beginning of our rich episode! (We even talk about Uncle Rico and Air Jordans.)

Thank you, Alan, for coming onto The Sales Life.

Listen to the end for a special treat!

Find and connect to Alan Stein Jr on Twitter, LinkedIn, and Instagram. Buy his books or have him at your next event at www.alansteinjr.com.

00 AM in the morning if that doesn't work for you. So try it. You're kind of like a, a chemist man, you go into the lab, you work on a few different things and if it doesn't work, you're like, well, or if it works for a season, but you're great about just releasing it and going on to the next thing and then releasing any consequence or beating yourself up about it too. Oh, I love that you went in that direction. That is so insightful, cuz you are correct. There are occasionally, especially on social media, some perceived gurus that will tell you this is the morning routine that everybody needs to follow. And I've never, I've never believed that we, we all inherently, , are, are different. We're very unique. Now. Certainly there are some, some big pillars that unite all of us as human beings. Um, but generally speaking. We have so many nuance differences. , we have personality differences. We have learning style differences, you know, even introvert versus extrovert will, will change how you see the world and, and how you need to best prepare. So, I love the idea of, I, I see somebody like Eric Thomas and he, he suggests doing something and I try it and then I see does that fit for me? And if the answer is, yes, I'm thankful if the answer is no. I'm equally thankful cuz now I can cross something off the list that doesn't doesn't work for me. And, and even with, with the Eric Thomas example, , if he chooses to get up at