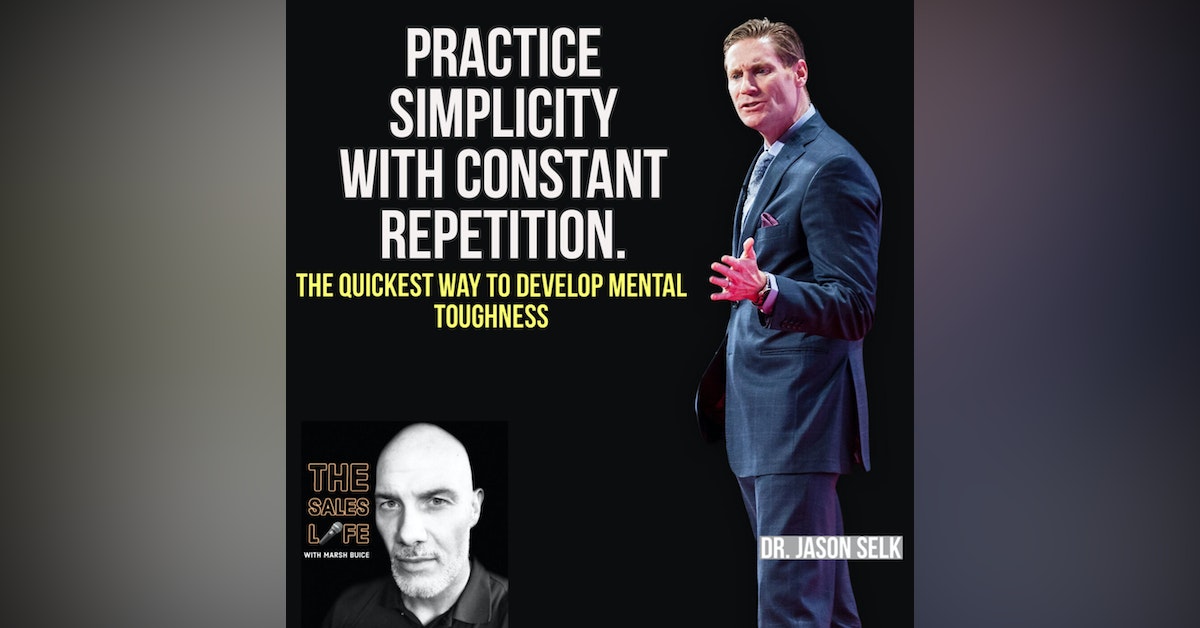 What if I were to tell you that you could develop your mental toughness in as little as 3 minutes a few times per week? It's not theory; it's science.

Today I welcome Dr. Jason Selk, author of one of my favorite books, "Relentless Solution Focus."

On today's episode, you will learn:
~ The 3 legs to mental toughness.
~ Why mental toughness is abnormal.
~Anyone can learn to become mentally tough through a few simple steps.
~ How to prevent from being overwhelmed through the method of Channel Capacity.

Connect with Jason, subscribe to his newsletter, and grab a copy of this book and many others at www.enhancedperformanceinc.com

For more of The Sales Life, go to marshbuice.com