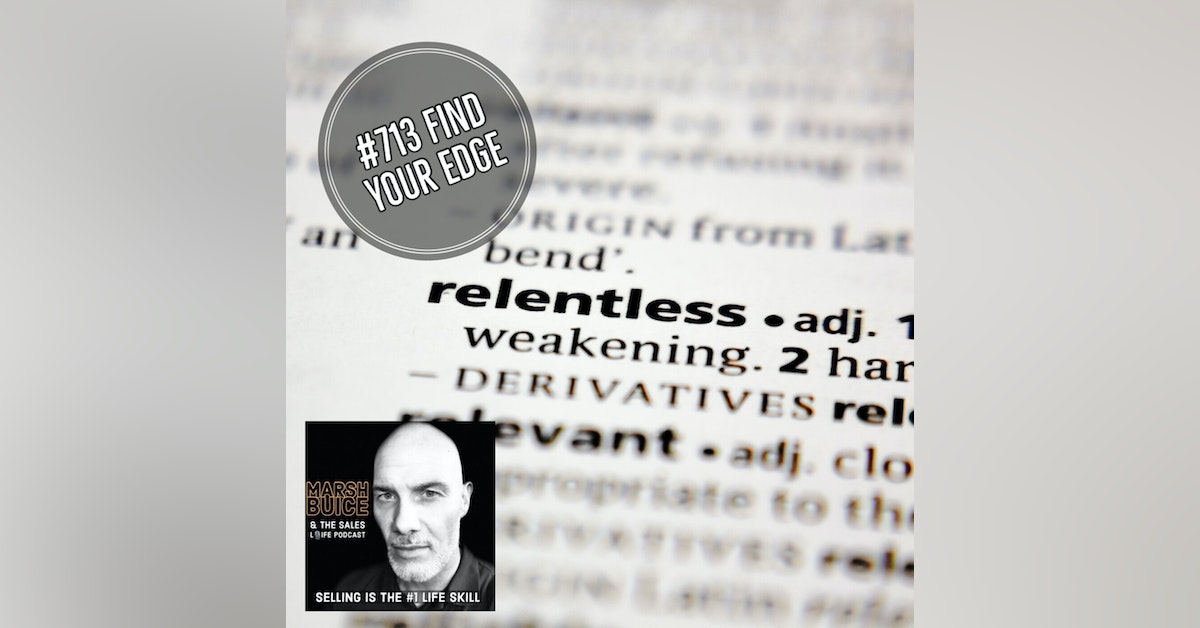 Someone may be better than you, but you still have an edge. If you learn to dissect your competition you will find that you're better in some areas than they are.

Selling is the #1 LIFE skill to embrace uncertainty, handle adversity, and never settle again. Learn how at marshbuice.com

This is the sales life. I'm your host marsh B. And I created the sales life because I believe the number one skill that you need in your life to embrace uncertainty, handle the adversity and never settle again is the ability to sell, but you don't have to be in sales to learn how to sell. I'll take the skills that I've learned in the sales profession, and I'll show you how I've applied these to every area of my life and how you can too. For more on the sales life. Go to marshbuice.com that's M a R S H B U I C E. Stay. You gotta find and exploit your edges. See someone may be better than you, but you still have an edge. Often people look at the competition as a total unit and because they're so good. They say, They're unbeatable. But if you'll begin to look at what it takes for them to be as successful as they are, if you break all of that down into singularities, you're going to find that you're better in some areas that they're not good at. See, most people look at the elite players as spectators, but if you'll begin to look at them with curiosity and dissect everything that they're doing, you're gonna spot their weaknesses. Here's the thing, and I want you to hear me well, if you're excellent at something that they're not good at, and you're good at something that they're excellent at, you may not be the best, but you're good at it. If you couple what you're excellent at, along with what you're really good at, it's going to compound and feed itself. And that's how you're gonna end up beating them. That's your edge now? Exploit. As you begin creeping up on them. At first, you weren't even a blip on the radar. You were unnoticed, but because you're relentless and you found your edge and now you're exploiting it day after day after day, that silence becomes whispers. People start whispering. Who is that guy and you keep doing it, those whispers turning the footsteps. And when the competition hears your footsteps, two things is gonna happen. Number one, you're gonna shake them completely off their game, and they're gonna do things that are stupid out of desperation to try to get their lead back. And number two, that's the moment that they realize, because they've been winning for so long, they've become complacent and mentally weak, and now they can't hang and they're beat they're paper, champs, and mental wimps. Take the lead and don't give it back. Thanks for being a part of the sales life for more on the sales life. Go to marshbuice.com that's M a R S H B U I C E. Be sure and subscribe to not miss any future episodes. New episode every Sunday. Remember the greatest sale that you will ever make is the sale you own you because you're more than enough. Stay amazing. Stay in the sales life.