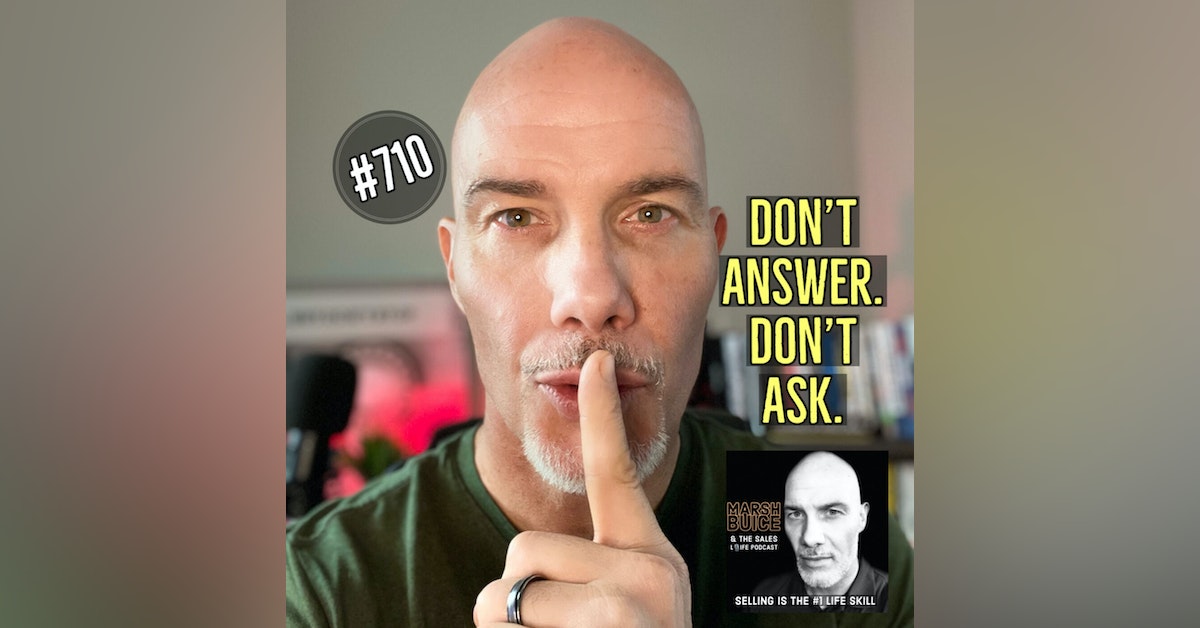 What lessons are not only most memorable but most used by you today? The ones you had to figure out on your own. When you had no choice, when nobody came to the rescue, when you seemingly had no options, & you made a way out of no way.

Thanks for being a part of The Sales Life.

The #1 life skill to handle adversity, embrace uncertainty, and never settle again is the ability to sell, but you don't have to be in sales to learn how to sell. Learn how at www.marshbuice.com