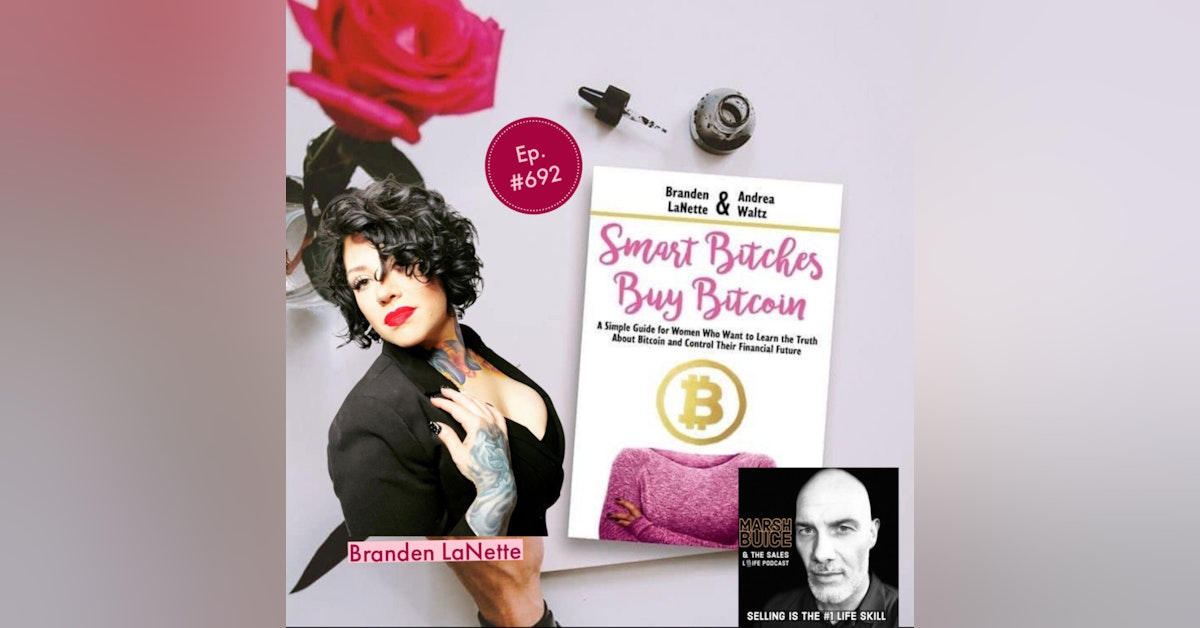 TSL let's gooo! Back on episode 665 I urged you to “Be an observer, not a predictor.” Change is happening so fast, it’s easier to hug up to the comfort of what you’ve always known and done than to step out into uncertainty, but everything is flipped upside down.

Taking risks is safe and playing it safe is now risky because taking risks creates way more opportunities than playing is safe ever will.

Digital assets such as Bitcoin is one of those massive changes. Today I welcome Branden LaNette author of 5 books one of them, “Smart Bitches Buy Bitcoin.” The title was so intriguing that I had to read the book and immediately reached out to her to come onto The Sales Life to help you get off zero-specifically as it relates to Bitcoin.

On this episode you’ll learn:

*Why investing in Bitcoin will be a hedge against inflation and a crippling economy.

* How you can get started with as little as $5.

* Why you should buy and hold, not trade in the dips.

* The differences between a hot and cold wallet.

* You don’t have to own a whole Bitcoin to see a return.

In 2014, I scoffed at the notion of Bitcoin. Looking back, I wish I wouldn’t have been so judgemental. Either way, it is NOT too late to start. Look at Bitcoin as the start of the Internet. At first, it sounded crazy, but today you can’t live without it. This is your chance to jump into a startup that is taking the world by storm.

Listen today, if only to familiarize yourself with the thought. To learn more, buy a copy of Branden’s book, “Smart Bitches Buy Bitcoin,” on Amazon.

For a deeper dive into Bitcoin, I’d recommend checking out Michael Saylor, Anthony Pompliano, and Raul Paul on Youtube.