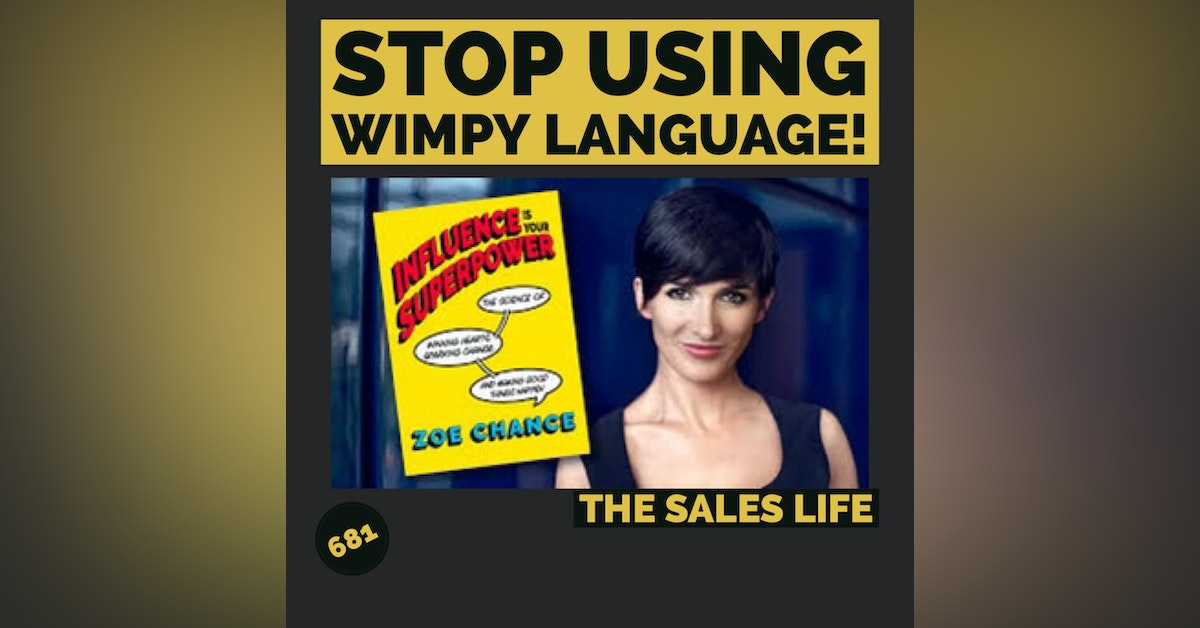 You may not know the term, but you sure know the use. Diminishing language are using phrases like, "I could be wrong..." or "I was thinking that kinda, maybe we could...." When there is an imbalance of power or status, we pad our ask with a bunch of filler words. Diminishing language makes is confusing and makes it easy to be interrupted & dismissed.

Think of the difference in your language when you are brimming with confidence vs. being on an 0-11 streak. When you're on a heater, you get right to the point, but when you are getting back-handed in Life, you beat around the bush.

Today ends all of that thanks to Zoe Chance's book, "Influence Is Your Superpower." With Chance's help, I'll show you how to get what you want by getting right to the point.

Big thanks to Miss Chance. Connect with her here.

Please leave a RATING and REVIEW. The ⭐️ show your support. The review shows your ❤️.