670. Zoom in on success by zooming out to leverage video. | The Sales Life conversation with author Patrick Frank 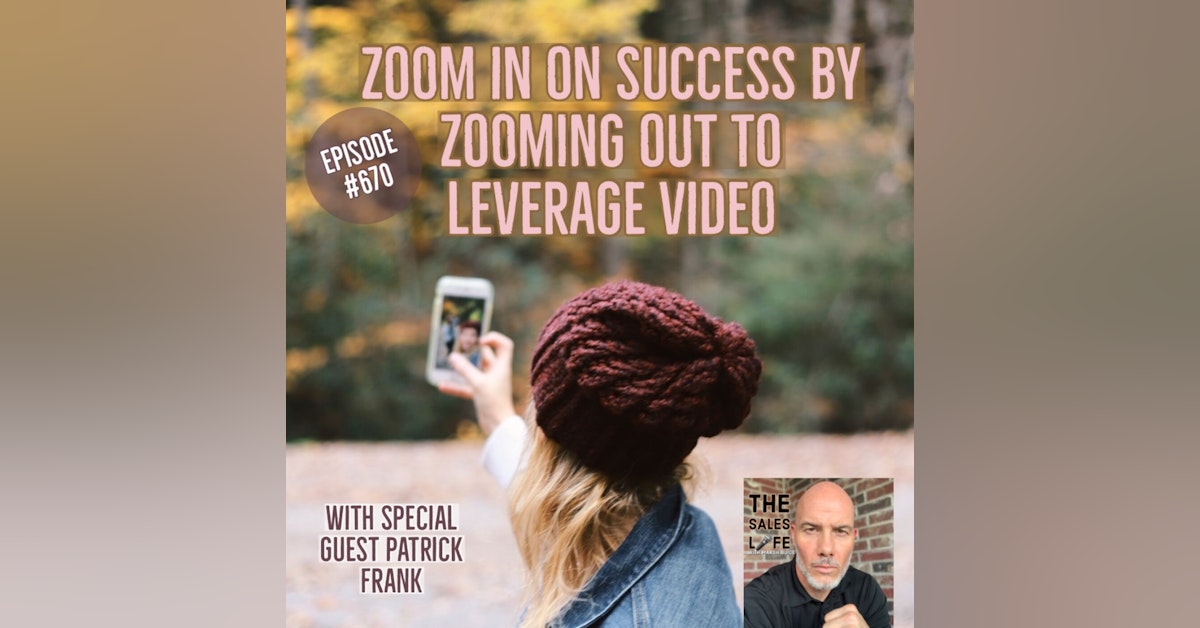 “Video is structural, not cyclical.” says my guest Patrick Frank Author of the book, “Zoom Out. The Video First Playbook.”

There’s no question that video is not going away but while we acknowledge that it is here to stay, we don’t fully embrace it.

Today you’ll learn how to leverage the power of video

From creating a more memorable visual greeting card of your very own, to learning how to create consistent, clear testimonials in sales.

Sadly, you’ll discover that the highest rate of suicide is among doctors and how a “video first” method can help reduce those numbers and create better doctor-patient relationships.

You’ll hear why Patrick Frank records everything as well as how speakers can utilize a hybrid model of in-person and virtual events by “talking like an expert but thinking like a DJ.”

For my teachers out there, there’s even an idea of creating an all-star lineup of teachers who can teach with no districts. The poor kid in a rough neighborhood can gain access to the same level of education that the affluent child across the country.

Thank you to Patrick Frank. Say hello to him at @Patfrank on Twitter as well as grab a copy of his book right here.