663. From Broke to Billions & Back To Rock Bottom | Leading through a crises. How CEO Brian Chesky saved Airbnb 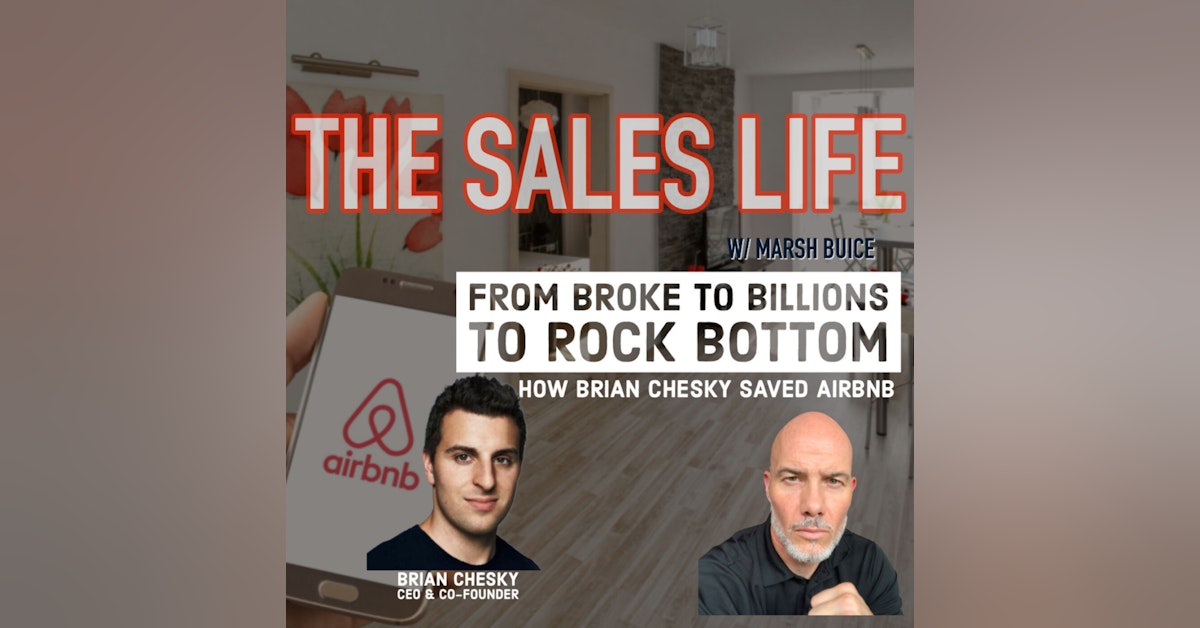 Today Airbnb is used as both a noun and a verb. ("Let's Airbnb it!) But 10 years ago it sounded like the craziest idea ever. Imagine someone wanting you to invest in a business that rented a room or a fully furnished house to total strangers.

Uh, negative. Brian Chesky went from the worst idea to a $40 billion valuation...and then the pandemic hit. As told on the Jordan Harbinger Show, when the world shut down,  80% of Airbnb's business was wiped out.

"And we didn't know if we'd be around to service the other 20%," said Chesky.

Fortunately, because Airbnb was born in a crisis, Chesky leveraged his experience to yank his company from the jaws of defeat using 4 rules.

And a BIG thanks to you for tuning in to The Sales Life. (This episode marks 4 years 😍)

For more ways to connect to me, head over to www.marshbuice.com