656. There's more to life than only doing what you're "supposed to do." Transform your life using Outlaw Logic. 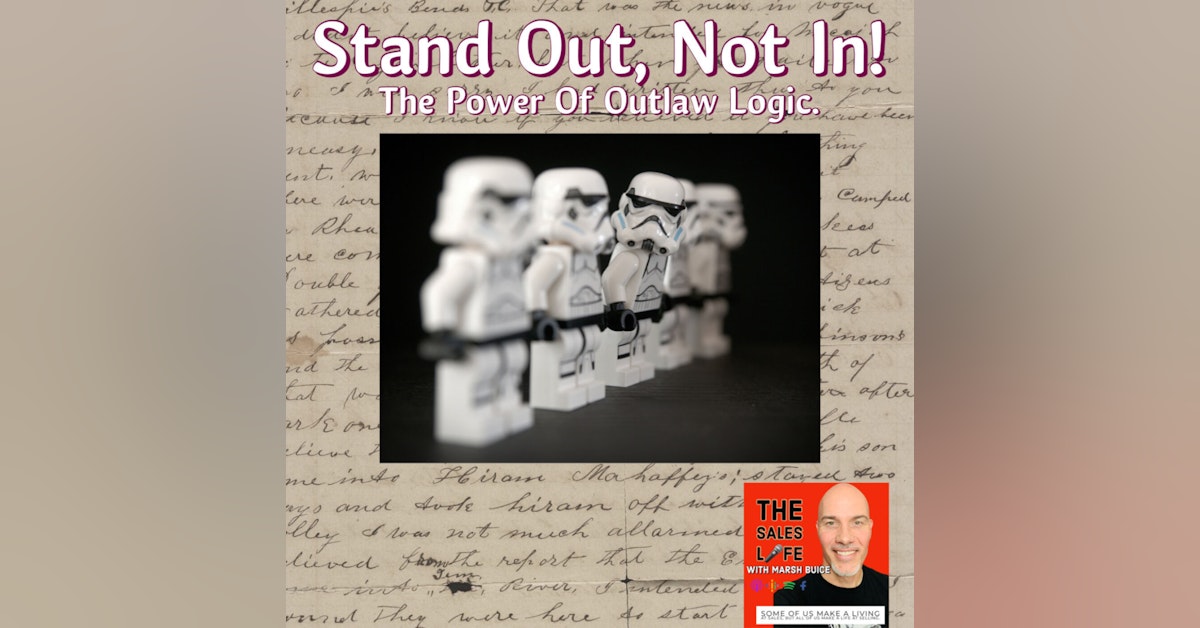 Isn't there more to your life than doing only what you're "supposed to do?" You're supposed to get to work on time, pay bills, and be a full-time mom, but is that all? What if my life goes off the rails? Am I "supposed to" get it back on track?

"Supposed to" is waiting for others. Outlaw Logic takes matters into your own hands.

"Outlaw logic" is a term that I nearly threw away. It is a philosophy that actor Mathew McConaughey's family has governed their life by.

Today, through examples of others and my own life, I'll show you how to apply Outlaw Logic to your Sales Life.