655. (Coaching) Create Massive Change By Discovering Glimpses Of Your Potential 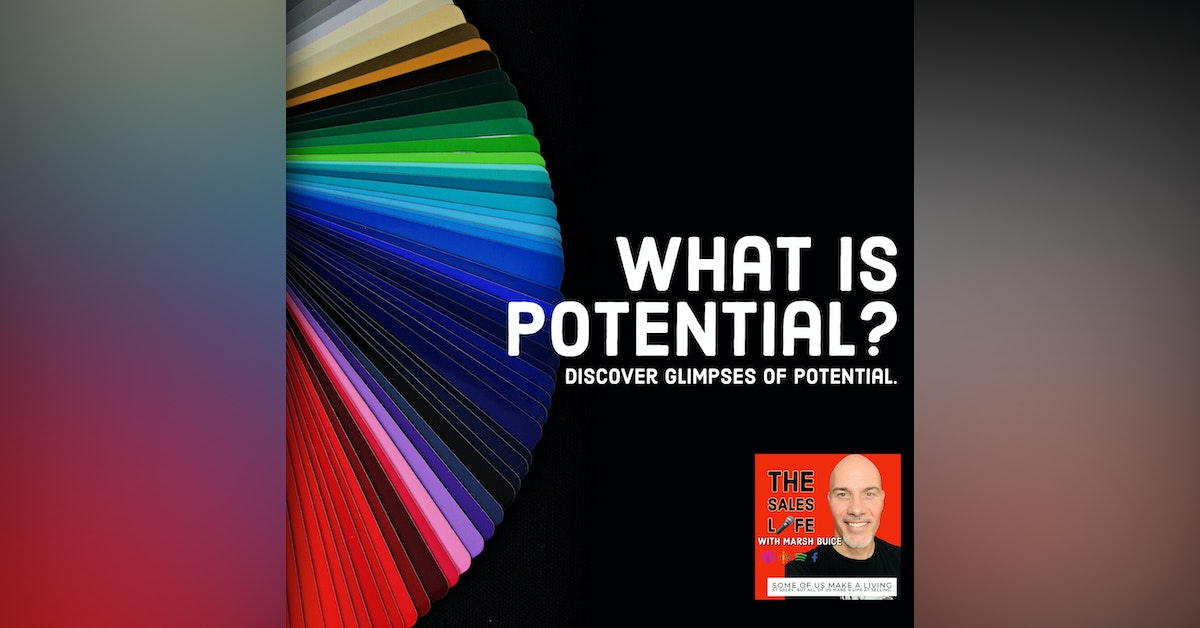 Celebrity Trainer Dolvett Quince's method to generate massive weight loss in those he trained on the TV show, The Biggest Loser was to give them "glimpses of potential."

Coaching them to a final result seemed too hard, so instead, he broke it down to ticks.  Quince took them one tick above their "cant's" to reveal "glimpses of potential." As the ticks increased, so too did their results, and they ended their sessions with, "I didn't think I could do that!"

What is potential? What if you get to the end of your life only to discover that you could've done more? Today I will COACH you to discover glimpses of your potential every day.

Thanks for listening. Watch this episode on YouTube! Show notes are found on www.thesaleslife.coach.

SUBSCRIBE to The Sales Life Never Settle Newsletter delivered to you weekly.

YOU POWER THE SHOW! Would you please help me grow the show by SHARING it with others?

Please message me! I'm on all of the socials: @marshbuice.