646. You consume what you assume. Lead your assumptions, don't leave them. 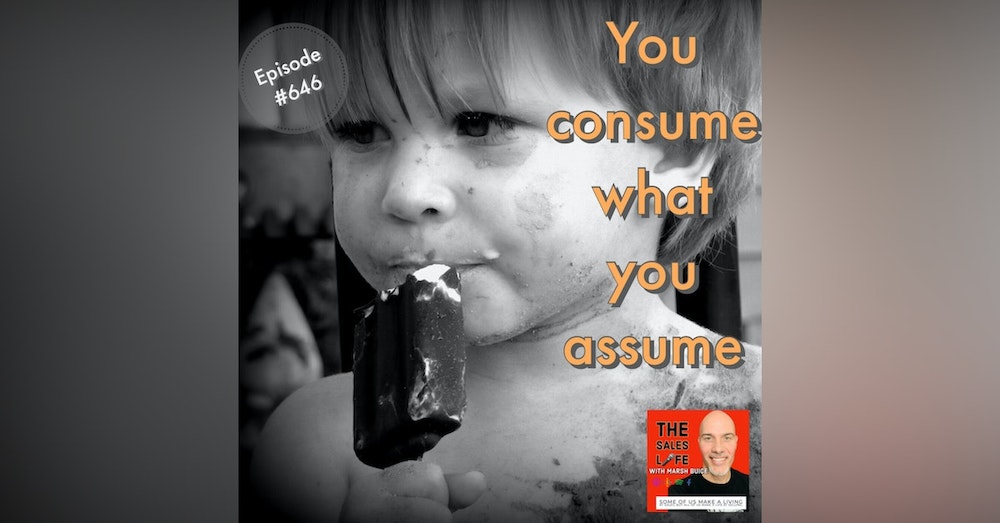 How much of your life is run on the auto-pilot of assumptions? After coming back from vacation, I ran right into my assumptions. I've been selling for 23 years and violated an elementary fundamental.

This made me ask the question, "What else have I been assuming in my life?"

Are you consuming what you're assuming? Assumptions aren't bad, if they're lead, but they're bury you if you leave them on their own.

Today on The Sales Life, you are going to learn to treat your assumptions like a 2 year old.

Thanks for pushing play. If you think someone else can use this episode will you SHARE it with them. It'll not only help them, but also help spread the message.

Hit me up wherever you hang out on the socials @marshbuice on IG, Twitter, LinkedIn, or Facebook.