6 Ways To Beat The Goliaths In Your Life. 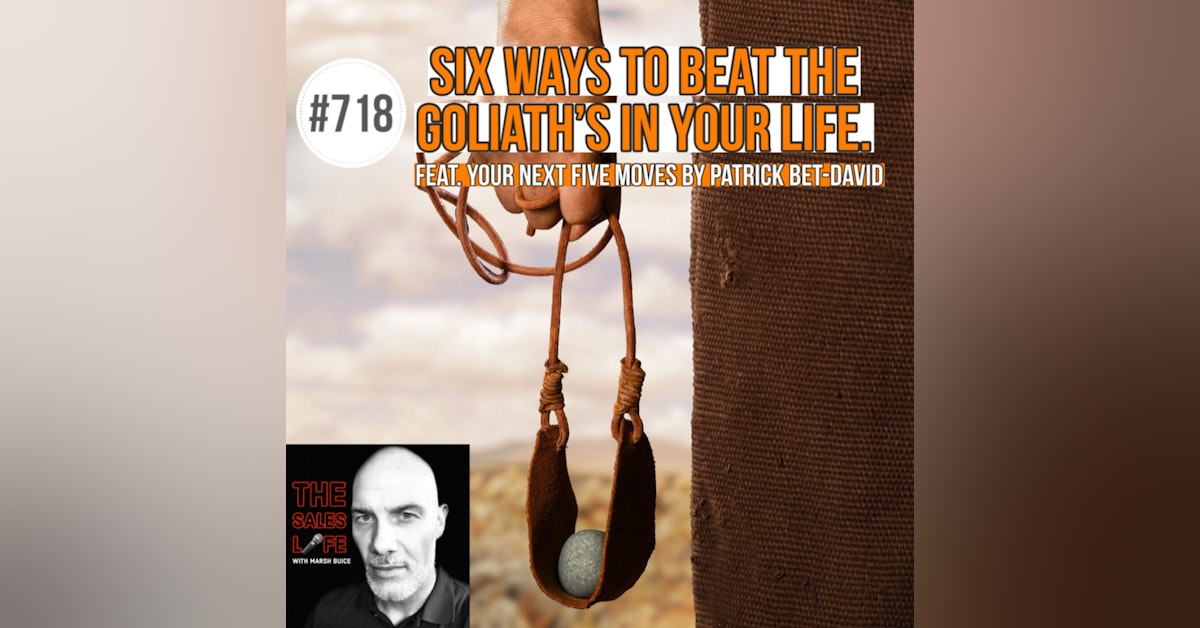 Sundays in America are for telling children the story of David and Goliath. A young shepherd boy steps forward to slay a giant named Goliath using only a sling and stones.

What are the Goliaths in your life?
Is it the million-dollar producer who seems to have the market on lock?
Is it a big-box business with hundreds of employees?
Is it a stodgy industry that resists change?
Is it the athlete who you've been playing behind since middle school?

Whatever Goliath you are facing, they can be beaten. Using Patrick Bet-David's book, "Your Next Five Moves," I'll show you how you can take down the OG's (Old Goliath's) who are standing in your way.

Thank you for listening.

SHARE this episode with one person who needs to hear it.

Support the show by leaving a rating/review. The stars show your support! The words on what The Sales Life mean to you show your  ❤️. https://www.marshbuice.com/reviews/new/

Connect with me on your favorite socials. Here are the places I hang out. https://www.marshbuice.com/