Even If It Is Temporary, Learn As If It Is Permanent 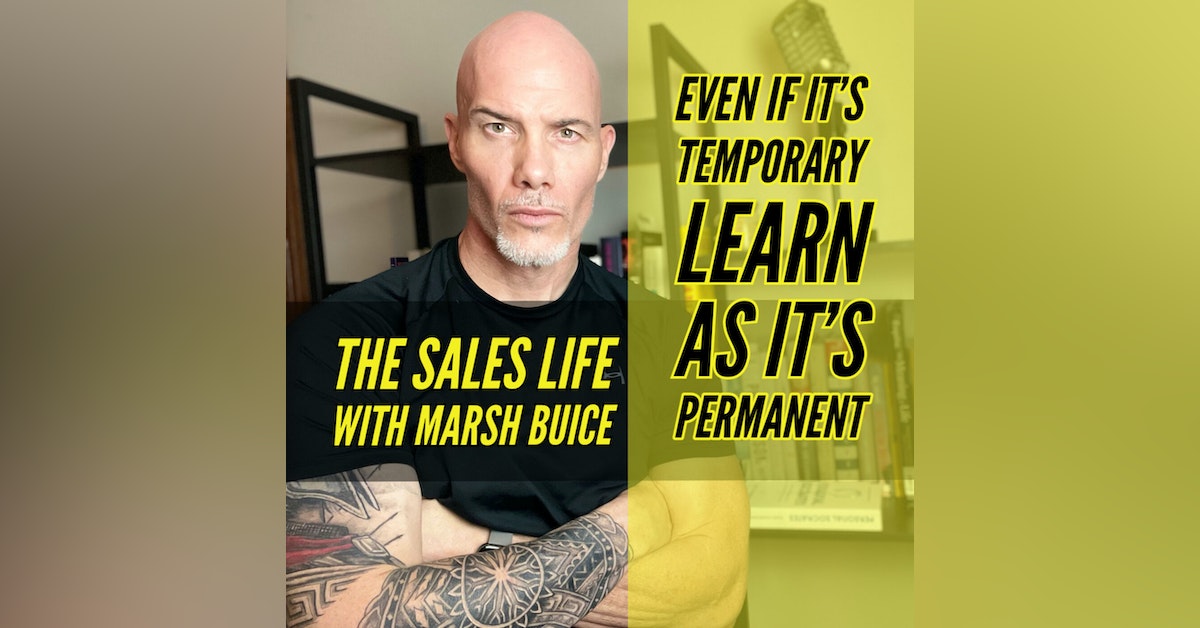 Unlike me, not everyone wants to devote half of their life to the sales profession, which is ok. What's important is what skills they amass while being in sales that they can take forward for the rest of their lives.

Be ready for anything and achieve everything by developing the Sales Life Mindset. Start your coaching today @marshbuice.com