In chapter 9 of his book "The Infinite Game," Simon Sinek made a confession. Every time he heard fellow author Adam Grant's name, he felt uncomfortable. With every new release, Sinek always wanted to know how he ranked in comparison to Grant's books because he desperately wanted to beat Grant.

As fate would have it they both ended up sharing the stage. The promter-not knowing how Sinek felt, thought it would be nice for each author say something nice about the other author.

Sinek went first. He looked out into the crowd then back at Grant and confessed, "You make me unbelievably insecure because all of your strengths are all of my weaknesses. You can do things well that I really struggle with."

Grant responded that the feeling was mutual and he listed things that Sinek could do well where Grant struggled.

The question becomes, "How do you win a raise with no finish line?"  There's always going to be more books written; homes to show; businesses launched; events planned; and models introduced.

Instead of playing the finite game of seeing another as a competitor, you choose them as your worthy rival focusing on the Infinite Game of another month; quarter; and year and it pushes you to constantly improve.

Sinek writes that worthy rival doesn't have to be in your field nor do you have to even like who they are and what they do, you simply have to acknowledge that the other party has strengths and abilities from which you could learn a thing or two from.

In sports, you can think of many worthy rivals:

Chris Evert Lloyd chose Martina Navratilova as a worthy rival. (Lloyd had to change her whole game up when she faced Navratilova.)

Chicago Bulls chose the Detroit Pistons as a worthy rival.

Competition is exhausting because you shift from innovating toward what's on the horizon to protecting what you already have, it could even cause you to cheat because you have a "win at all cost" mentality.

When Adam Mullaly took over Ford, he drove a worthy rival, Lexus.

If you view another person or business as a competitor, you're going to die but if you choose someone who reveal your weaknesses and insecurities, it'll push you to constantly improve.

Do you see how this shifts your mindset? You feel intimidated as a competitor, but when you see another as a worthy rival, you see theres's a lot of things you need to work on

Every one of those businesses saw the other business as a competitor and ceased to innovate because they were already winning.

"Worthy rivals are the best way for you to improve and adapt," writes Sinek.

If you didn't have a worthy rival, you'd lose your humility and agility. If you're the king fish and you dominate every one you compete against, you think that you're invincible and that you have it all figured out looking only at the score and paying no mind to the evoltuions. 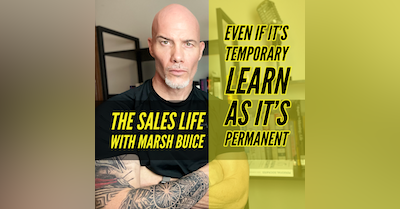