696. Whatever you do, don't prove them right. | How to handle losing a sale or a promotion. 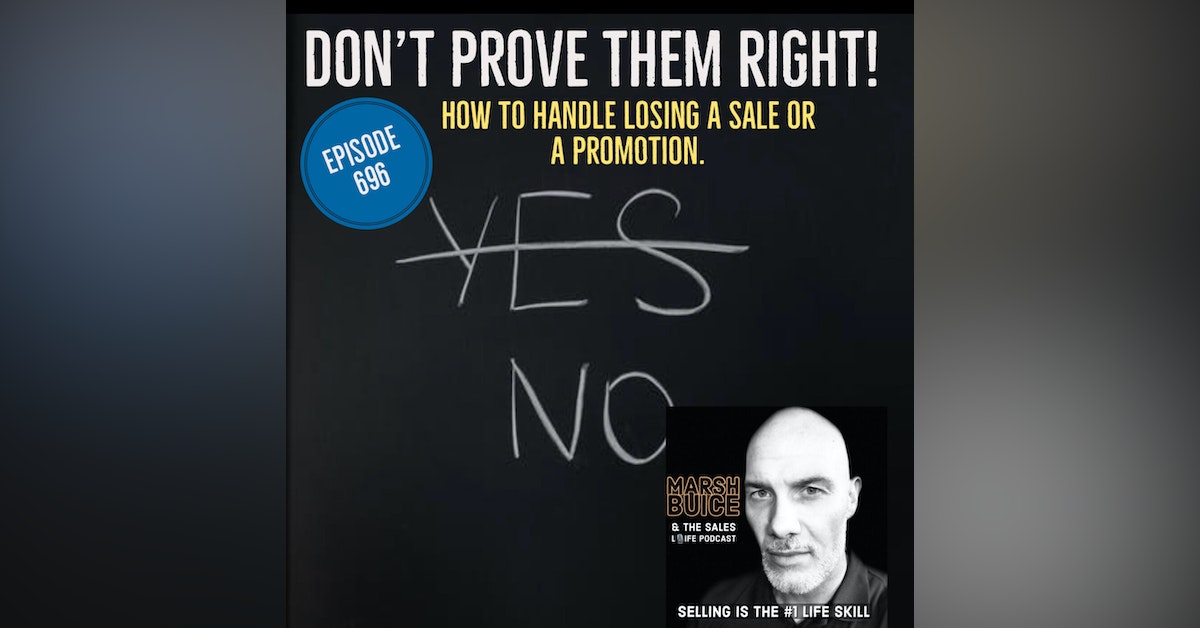 Getting passed over for a promotion or losing an account stains the soul. In these moments, you must remember not to act so negatively that it justifies their decision by saying, "That's why we didn't choose you."

You may have lost in the season, but don't lose it for a lifetime. Today I'll show you how to take an honest assessment as to why someone didn't choose you, and that way, you'll be ready for the next opportunity that comes your way.

Thank you for listening. Special thanks to Cole Couvillion for the valuable conversation.

Selling is the #1 life skill. Learn how to be ready for anything and never settle again by joining The Sales Life. www.thesaleslife.me