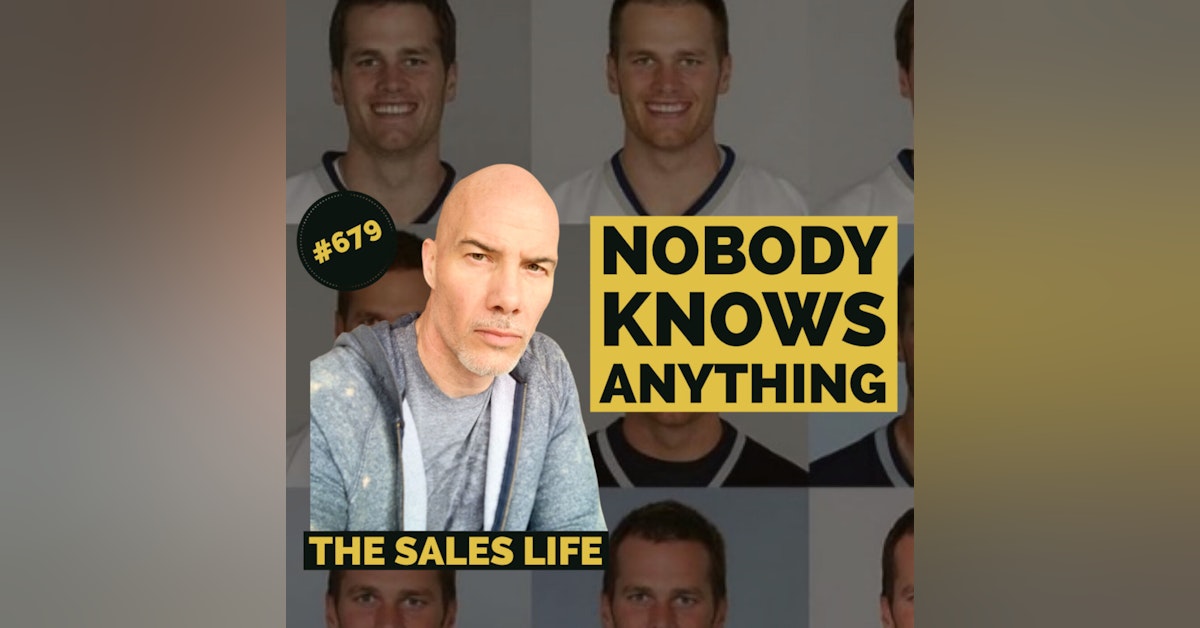 Today's episode starts off with a clip from the scouting report of a player who was too slow; too skinny; and lacked the physicality and talent to play in the NFL. That player was Tom Brady. Like him or loathe him, he's arguably the best football player of his generation.

What does this phrase mean to you and how can you apply it to your Life?

Thank you for making The Sales Life one of the top podcasts in the world. Would pay if forward by SHARING today's episode leaving a RATING/REVIEW for others shopping for their next podcast?

For thousands of FREE resources go to www.thesaleslife.me